Want to know what Dane is up to right now? Find out on his Now page.

Dane is a speculative storyteller, a composer of experimental soundtrack music, and a writer/podcaster on the topic of creativity. 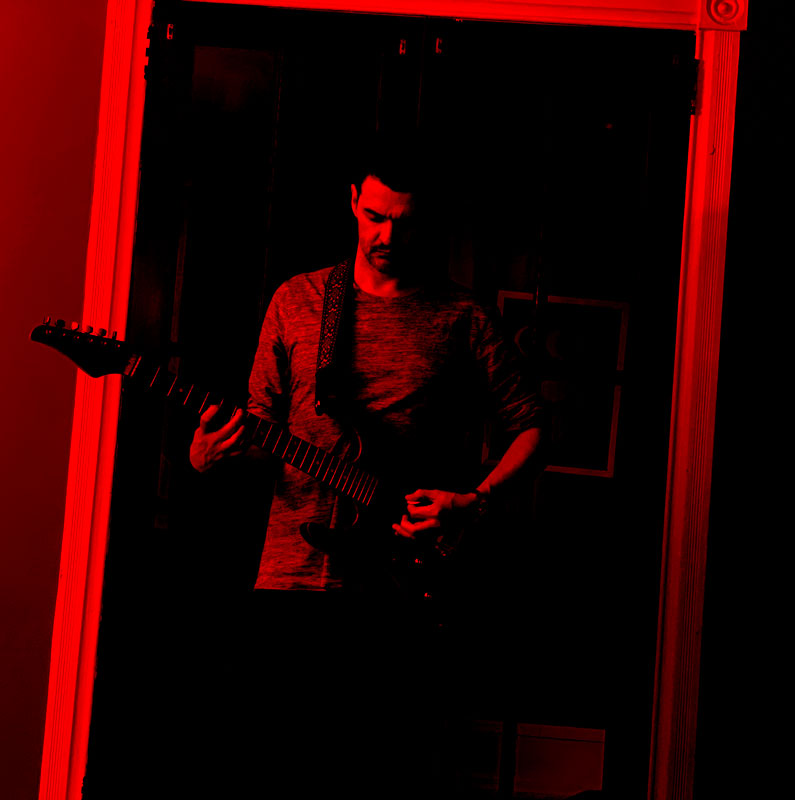 My adventure began in the hillbilly city of Roanoke, Virginia on a cold night in October of 1975.

At the age of 9, I started exploring the canyons, vistas, and caves of Los Alamos, NM. I swung out over cliffs on a rope hung from a tree branch. I slid down serpentine water-forged gutters in sandstone slopes along the canyon-sides. I scaled sheer cliffs with no gear. I had close calls, but fortunately, I never plummeted to my death—that I’m aware of.

I played games and read books that moved my imagination to explore speculative worlds from the perspectives of various speculative people and other speculative organisms.

As I grew older, my explorations turned further inward as I discovered meditation, yoga, visualization exercises, lucid dreaming, strange music, and self-induced fainting that resulted in strange visions. In my late teens and early twenties, chemicals took me to ethereal, colorful, and unworldly places that have remained visible ever since.

I discovered writing fiction as a pathway to explore my own creative imagination. I discovered music composition and sound contortion as a way to explore new states of consciousness of my own crafting. I’m both Creator and Inhabitant of these lands, creating just enough to reveal new pathways, then following those paths to surprising places.

At the age of 13, tragedy compelled me to question everything I thought I knew. The old truth was revealed as a fraud, and adults I had trusted for answers were exposed as charlatans, only pretending at knowledge. They had no more answers than I had. And so began my search for truth.

That search has led me only to further disillusionment. Every ideology, cultural convention, and system of belief has collapsed under scrutiny.

As I’ve immersed myself in philosophies, religions, mystical traditions, and meditation, I’ve found a few principles worth striving toward, but no ideology worth believing in.

Liberation as a guide

What I’ve discovered, instead, has ended my search for belief, but has reinvigorated my drive to explore. I’ve discovered something far more beautiful than belief, though it is far more difficult to explain.

Belief, in fact, seems to be a veil that obscures beauty in life that our language is inadequate to describe. Belief obscures the ecstatic chaos that our senses can reveal when we stop trying to sort, judge, and interpret every impulse we encounter.

Belief is a prison of the mind, and true potential lies outside the prison.

I see the need for institutions and conventions—common agreements about what constitutes reality and how we agree to define it—but I have no faith in them. This is because any self-sustaining institution or ideological framework needs the ability to evolve with new ideas, new information, and changing environments.

So I can’t join any clubs. I can’t fight for any isms. That makes me lonely, and I want to find the others who, like myself, can’t accept the popular ideologies.

God, grant me the humility to consider the insights of others, the wisdom to challenge and test their assumptions as well as my own, the courage to act in accord with my values, even when it’s unpopular, and the creativity to share my progress with my fellow travelers.

I submit myself to a single semi-immutable principle: that movement toward growth and learning remains constant and supersedes all other movement. This means constant scrutiny of my own knowledge and opinions, and the willingness to evolve.

Curiosity and creativity are my alternative to beliefs. It seems self-evident that so long as I’m exploring, listening, and accepting whatever is revealed, I’ll continue to get better.

A religious practice, I suspect, is anything practiced religiously. Therefore, I’ll approach all that I create with the same reverence with which a mystic approaches God.